Board of Trustees Elections 2022

As a Trustee you will:

Marian College Board of Trustees

Our Board of Trustees is made up of 12 experienced people who are passionate about leading Marian College.
​​​​​​​
Significant work undertaken by the Board recently includes: 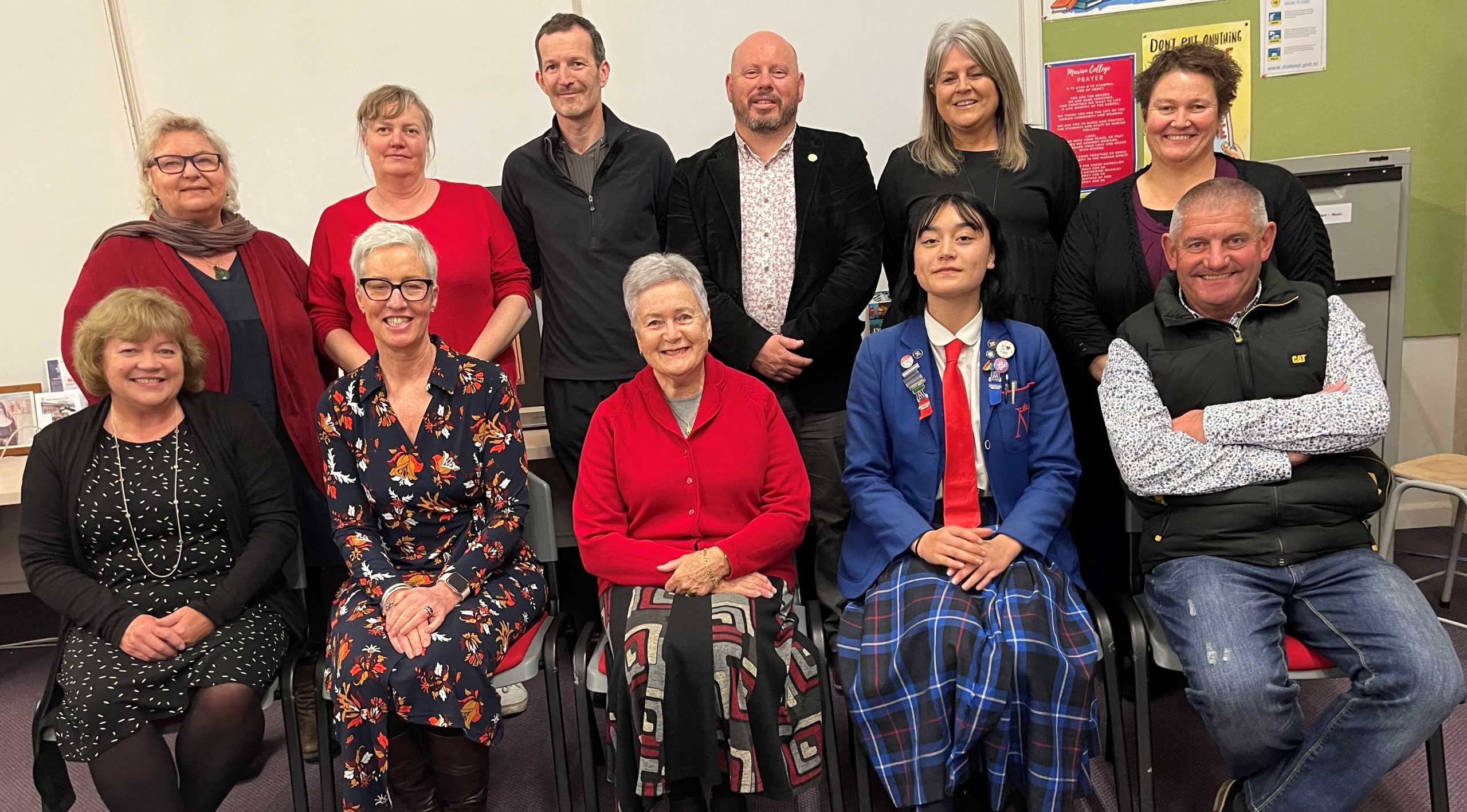 Carmel Gregan-Ford - Chair
Carmel is a leader in the fields of healthcare, strategic planning, and healthcare management. She is Nurse Manager at Can Breathe (Canterbury Asthma Society) and Chairperson of Smokefree Canterbury. Carmel has a son and two daughters, her youngest daughter is in her final year at Marian College. Carmel has served five years on the Marian Board.

Jan Paterson - Deputy Chair
As Head of Education at Equico (Flexigroup), Jan has a wealth of sales expertise and extensive experience in both IT and Education. Jan is a past student of McKillop College and her daughter is a  graduate of Marian. Jan has been a Board member for over five years and is also a member of the Marian Foundation Board.

Terry Naylor
Terry is a registered valuer and has been a director of FordBaker Valuation for more than 25 years. He is a trustee on the Valuers Education and Integrity Foundation and sits on the New Zealand High Court Land Valuation Tribunal. Terry’s daughter is a graduate of Marian College.

Danny is the Principal of Te Matauru Primary in Rangiora and is in his 17th year of Principalship, 12 of these being in Catholic education in the North Island.  He also serves as a  Proprietor's Representative on the St Patrick's Kaiapoi board.  Danny brings a strong background of educational experience alongside a genuine commitment to Catholic Special Character.  Danny and his wife have three children.

Maria van der Plas
Maria is Plunket’s South Island Clinical Services Manager. She is a past student of Marian College and Maria’s daughter is a graduate.

Debby Rosevear
Debby is an administration manager for Kōtuku investments and has one son and two daughters – one graduated and another currently at Marian College.

Jonathan McKenzie
Jonathan has more than ten years of experience as a trustee on Catholic school boards in Canterbury, serving on Special Character and Finance committees. He has been a secondary school teacher and has experience in Information Technology systems implementation and business analysis. Jonathan and his wife have one daughter currently at Marian College, and two graduates.

Student Trustee - Brie Benns
Brie has been elected for 2022. Brie is in Year 12 this year.

Principal - Mary-Lou Davidson
Mary-Lou has taught at Marian College for 23 years and has been Principal for six years. As Principal of our College, Mary-Lou acts as the Board's chief executive and manages the school according to the Board's direction and policies.​​​​​​​

The Marian College Board of Trustees includes elected members, parents, a staff and student representative, the Principal, and appointed members representing the Bishop, who is our school’s Proprietor.

The Board Secretary is Kath Murray who is also the Principal’s PA.

Email board@mariancollege.school.nz for inquiries and information.

The Board meets monthly, 5.30pm, on the following dates in the Marian College library.  Anyone who is interested in Marian College is welcome to attend.